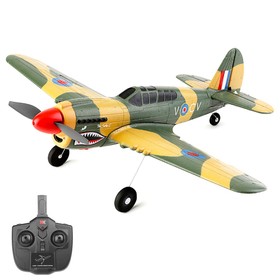 2. EPP+ engineering plastics, the flying weight is about 66g.

3. Built-in six-axis gyroscope flight self-stabilization system, with 1020 motor super-powered deceleration group, the route lock is more stable. The remote control 6G/3D mode can be switched at will, and the 6G mode is suitable for beginners to fly. The 3D mode can realize somersaults and side-to-side rolls. It is recommended to fly the aircraft to a certain height during operation to avoid improper operation and reduce the possibility of crashes.

4. USB special charger, more effectively protect the battery from overcharging. Dedicated USB charging head 5V 600mah, the light is off when charging, the red light is on when it is full.

5. The aircraft is fully assembled with the yellow color of the whole fuselage, and it can fly right away.

6. The operation is simple, and even beginners can easily master it.